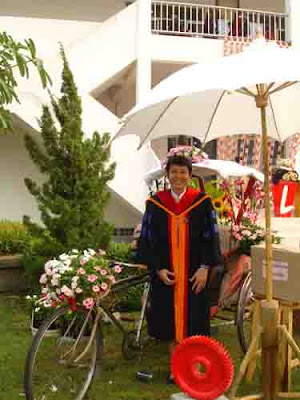 Roong's graduation ceremony is almost here. She has to go and practice a few times before the actual event. She will receive her Master's Degree diploma from "Big Princess" on the 4th of March. There will be many thousands of people graduating during that week. Roong was told that they only want each person to take something like 3 seconds to receive their diploma from the princess.

The girls and I are going, but we won't get to see much. For security reasons, only the graduates are allowed in the room with the princess. No cell phones or anything are allowed to be carried in there either. We have to watch the ceremony on a big monitor outside of the hall.

Roong has to practice all morning, and then will graduate in the afternoon. So, I will take the girls shopping while she is doing the practicing, and then come back to watch the ceremony. Puk needs to get her university uniforms and such for her first term. The ceremony will be held in Bangkok, so we can hit some decent stores for a change. I haven't had any bad pizza or been to a good bookstore since last year. Hmmm, on second thought, I'd rather have good pizza and a bad bookstore.
Posted by Don Brand at 5:29 AM 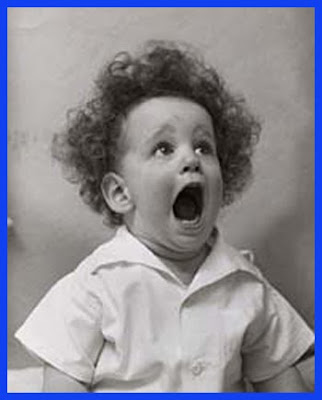 I had a rather odd thing happen at school today. On Friday, my last class is M-2/4 (8th grade). They are pretty good kids, and they work hard so they usually finish the lesson a few minutes early. The school is shaped like a horseshoe, and this class is in one of the inside corners, right next to the bathroom. Just before this class ends, there are a steady stream of P-5 kids (5th grade) going back and forth from the bathroom going past my class.

One day, a few months ago I happened to step out into the hall about this time amidst the flow. I guess I should mention that I have been known to tease the kids a bit, just to get them fired up before they go back to class. I will jump out and roar at them, or give them a quick snap with my handkerchief. They laugh and scatter, and make it a game to see if they can get by my room without getting caught.

Anyway, on this particular day I had just stepped out of the class and was looking down the hall, when I happened to lock eyes with one of the kids that I hadn't seen before. Usually, when they see me for the first time, they are just curious or sometimes a bit shy. This kid reacted in a whole new way. He stopped dead in his tracks, his eyes got huge, and he turned around and ran all the way back around to the other side of the building and into his classroom. That's a good 200 yards, and he covered the distance pretty damn quick. But, I didn't see which room he ran into. Job, one of my students, had walked out into the hall at the same time I had and saw it too. We just kind of looked at each other and gave a WTF shrug, and forgot about it.

Well, it happened again on the next Friday, and just about every one after that too. After a few of these, I had to find out what had this kid so scared. So, The next time I saw the kids starting to come by, I had Job go out and look for the kid. He found him standing in the same spot he always was staring at my room. Job told him that I was in the teacher's office, and that it was Ok to go by. As they got even with my room, I slowly stepped out of the doorway. The kid freaked! Job grabbed him by the arm to keep him there so I could ask him what was wrong, but that only made things worse. He started shrieking and bawling his eyes out. Job let him go, and he took off like a shot back to his room.

But this time, we saw where he went. I wasn't sure how much English the kid could speak, so I took Job and Ploy with me to translate if need be. We walked around to his classroom to see what the hell was going on. He apparently saw us coming, because when we got there, he had wedged himself behind the classroom door and the wall. This would probably had been more effective if it weren't for the fact the the classroom doors are made of glass. But, there he was with his hands covering his face, and crying his eyes out like it was the judgment day.

Ploy tried to talk to him, but he wouldn't answer her. His teacher was there, so I asked her if he was off his meds, or what? After a few minutes, she finally got him to calm down enough to ask him what was wrong, what was he so afraid of. Between the sniffs and tears he finally sputtered that it was me he was afraid of. When she asked him why, he said it was because I was a mountain giant, and he was afraid that I was going to eat him.

A mountain giant!? You have got to be kidding me. I mean, I stand at least 2 ft taller than the average kid at the school and close to a foot taller than most of the teachers, but that is ridiculous! I couldn't help but laugh. That didn't help much. His teacher assured him that everything was alright, and that nothing was going to happen to him. He stopped crying finally and came out from behind the door. After a few minutes of "there there there's" and back patting, he seemed to recover a bit, but was still wary.

As a final parting gesture I extended my hand and offered to shake his. After a moment of hesitation he timidly accepted it. As he did, I leaned in close to his ear, and in my best broken Thai, assured him that I wasn't going to eat him today........but that I was sure that he'd be nice and crunchy, and taste good with ketchup!