Top 10 Ways to Die in Thailand 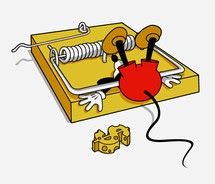 They say Asians can’t drive. I used to think that only related to Asians in my own country. That was until I started driving in Thailand. Not obeying road rules like indicating, stopping at red lights, slowing for pedestrians and speeding. How about driving a bus full of passengers in the rain and overtaking on a curve going through the mountains. This is what happens every day. Last year alone there were well over 35,000 thousand road fatalities in Thailand that’s out of a population of 60 million. To put it in comparison there are 20 million people in Australia where there were 1,200 road fatalities. That’s about 10 times more likely to have a fatal accident in Thailand than it is in Australia. Keep your eyes on the road.

2. Murdered By A Thai

There are so many different ways foreigners have died at the hands of another Thai that I couldn’t possibly list them all here. However some of the favorite ways it seems Thais’ kill other foreigners are by stabbings. If you get cut by a Thai person it won’t be once, it’ll be many times, they’ll keep cutting you until there is nothing left to cut.

Lately there has been a swing in trend of Thai murders Farang, it’s now Farang Kills Farang. Swedes will kill Swedes, brits will beat up other brits, and Russians will kneecap other Russians. It’s the way of the future here in Thailand.

There is something magical about Thailand isn’t there. Like a long lost paradise. Must be why so many people come here to off themselves. Cats run out of money, guys get screwed over, lose a girlfriend, or the problems they ran away from just don’t seem to go away. Whatever it is it typically ends them jumping of a bridge or from a really tall building.

5. Killed by your Thai Girlfriend

If your the kind of guy that fools around on his girlfriend this is a likely way to meet your maker. There are two types of Thai Girls and two different ways to handle her with other women. First girl accepts it and your open with her, second girl repeatedly says she’ll lop your head off. If your with the later girl, then you’ve got a 20% chance to still be breathing if you slap down that bar fine.

6. Being a successful Businessman in Thailand

If you make a successful business in Thailand and make loads of cash then hats of to you. Just watch your back mate! Just like Thai girls have a jealous streak so does the rest of the population. Tall poppy syndrome is rife in Thailand and Thai people hate to see other people do well, they want a piece of it too. So while your on your yearly trip to Vegas with the guys your Thai wife or business holders will write you out of your business and if you return and cause a fuss, they will strangle you, dump you in the river and make it look like a drowning.

7. Heart attack from sex with a young girl

Older gentlemen who frequent Pattaya often and load up on the little magic blue pills will certainly worry about parting earth this way. The excitement for a 60 year old to have a 20 year old young beautiful Thai girl writhing over his gets to be way too much for some people that they will die right there and then. The girl often flees from the scene and if police can’t figure out he had a heart attack it too will go down as unexplained.

Think twice before you eat that sushi sitting on a side cart in front of 7 eleven, it could be the last thing you eat. Hundreds and hundreds of foreigners die in Thailand every year from sever food poisoning. The authorities can’t find out where you ate once your already gone. Even if it’s not from food off the street could even be a popular restaurant. You might want to hire someone to go around eating food for you in advance to help prevent this one.

Thailand has a huge percentage of people with Aids and the prevalence of HIV infection while is down off it’s highs in the 80′s is resurfacing. This is probably due to the younger generation who arn’t subjected to the blitz advertising that the government did back in the 80′s. The younger generation are seemingly unconcerned about STD’s and the harm that Aids can do and continue to practice unsafe sex. The rate of teenage pregnancies is rising and since no one is using protection like they used it’s more likely than ever to catch the HIV virus and die of AIDS.

10. For reasons unknown and unexplained

*This was re-posted from Chris's blog "Living in Thailand".

I think he left out a few though. There's always a chance that those idiot red shirts could burn the bus you're on, or the building you're in. Or, who knows, you might accidentally come up with an opinion all your own and get busted on that ridiculous "Lese Majeste" law. 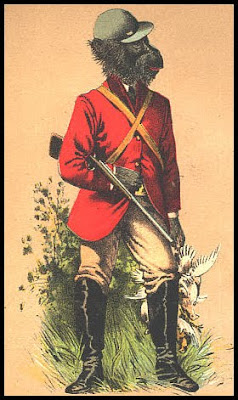 A 25-YEAR-OLD man who ate his hunting partner’s dog after it was killed in a monkey attack was shot dead by the canine’s owner with a crossbow last Tuesday. Police said the suspect and the victim were friends who were hunting together in Kratie’s Snuol district. It is understood the suspect shot his friend because he would not help save his dog from being killed in a monkey attack. The victim then took the dead dog home to eat. When the suspect saw this, he fired his crossbow at his friend killing him instantly. Police say the suspect confessed to the crime following his arrest. 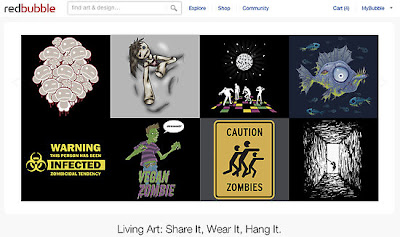 Ok, everyone that had their artwork featured on the RedBubble home page today, raise your hand. Oh, I'm sorry, I guess it was just me. (bottom right - "Dirt Nap") 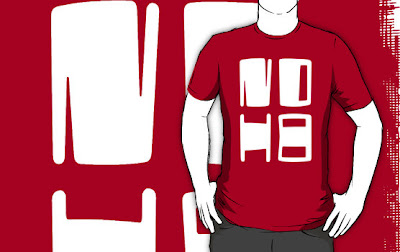 BERLIN - Festival goers at a nationalist, right-wing concert in Germany were taken by surprise when souvenir T-shirts they were given had a secret anti-far right message that emerged only after being washed.

The slogan on the shirts first read “hardcore rebels” along with a skull and nationalist flags. But once washed the slogan turned into a message from a group offering help to right-wing extremists break away from the Neo-Nazi scene.

“If your t-shirt can do it, you can do it too — we’ll help you get away from right-wing extremism,” reads the slogan on the shirts after their first washing.

The anti-far right shirts were handed to 250 people at a “Rock for Germany” concert in Gera by organizers after they had been donated anonymously. They were provided by EXIT, a group which helps people disassociate themselves from the far-right.

Festival organizer Gordon Richter of the far-right NPD party said the stunt was a waste of money.

“It’s kind of pathetic that anyone spent money for something like that,” Richter told Reuters. He said many who got the Trojan horse shirts thought it was a creative idea.

Bernd Wagner, founder of EXIT, said the t-shirts were designed to reach their main target group: right-wing extremists contemplating getting away.

“We wanted to raise awareness about our program, especially among the young and less committed,” Wagner said.

* No H8 tee design available in black or white lettering.