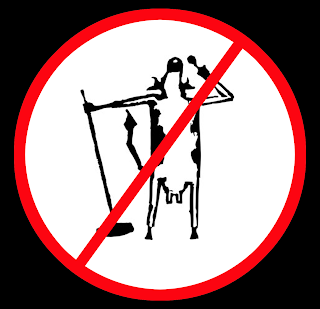 There is a plague assaulting our fair society. It has a name....KARAOKE! How many times have you gone to your favorite watering hole, only to be tortured by some drunk hoosier yowling on a mic to bad midi music, while you're trying to chat up your favorite hottie waitress? This must stop!

We at the M.S.R.C.M.P. (MOBIIART SCIENTIFIC RESEARCH CENTER and MASSAGE PARLOR), have discovered a way to nip this foolishness in the bud. To see a demonstration of our exciting new breakthrough method of curing this disease, please visit us at Kill Karaoke!.

And by all means, please help support the effort by buying one of our t-shirts or other products at Kill Karaoke T's!
Posted by Don Brand at 5:52 AM 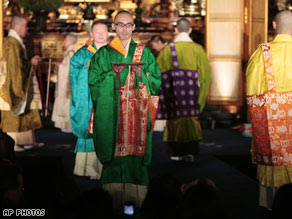 TOKYO, Japan (AP) -- Japanese monks and nuns held a fashion show - with rap music and a catwalk - at a major Tokyo temple Saturday to promote Buddhism.

In the "Tokyo Bouz (monk) Collection" held at Tsukiji Honganji, nearly 40 monks and nuns from eight major Buddhist sects joined in the event aimed at winning back believers. Following a rap version of a Buddhist sutra, five monks from each school walked on the runway, then chanted prayers and wrapped up in a grand finale with confetti resembling lotus petals.

"We wanted to show the young people that Buddhism is cool, and temples are not a place just for funerals," said Koji Matsubara, a chief monk at Tsukiji. Yet another reason why Japan is cooler than Thailand.