We had a three day weekend, so Roong decided that she would like to go to the beach. That sounded good to me and the girls, so off we went. We went to Rayong because it's only about a 4.5 hour drive, it's never crowded, and has just about every thing you need. Pukky and I even found a restaurant that serves German food. Not much of it is actually German, they just write the name of the dish in German, with a translation, which is OK by me. A good steak is a good steak in any language. Anyway, here are a few shots of the girls and I on the beach in Rayong, and on the Island of Samet.... 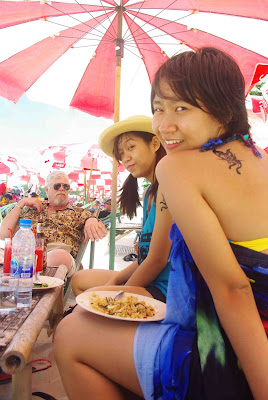 Us hiding from the sun under the umbrellas on one of the Samet beaches. 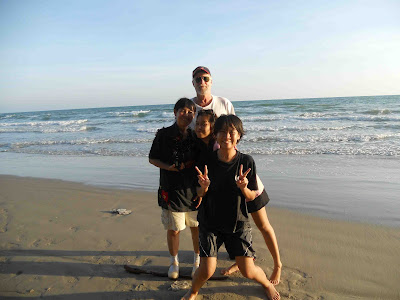 The girls and I on the beach at Rayong. 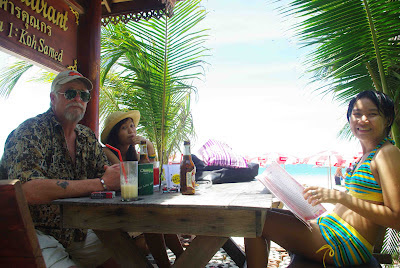 Palmiez and Puk and I at one of the bazillion restaurants that line the beach on Samet Island. 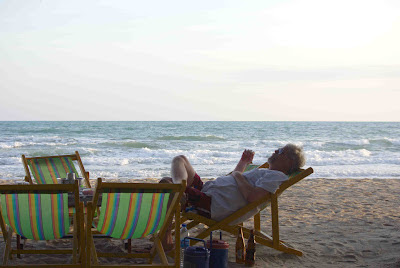 The only sounds I heard for 3 days were the waves breaking on the beach, and some little cutie in a bikini occasionally asking me if I wanted another beer. I do not remember the last time I was that relaxed. 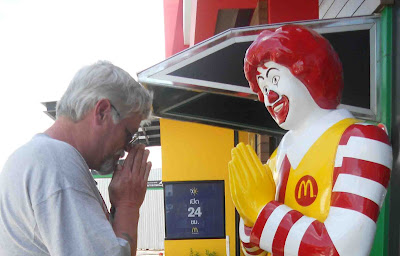 My wife said that because this was a holiday, she thought that I could use a little spirituality. OK, fair enough. I kept looking until I finally found a church that made sense to me. Hey, my religion comes with extra cheese and a free toy, does yours? 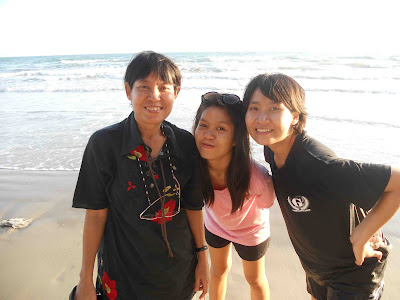 Who could ever get enough of these cuties? 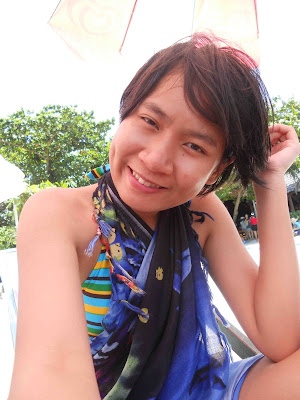 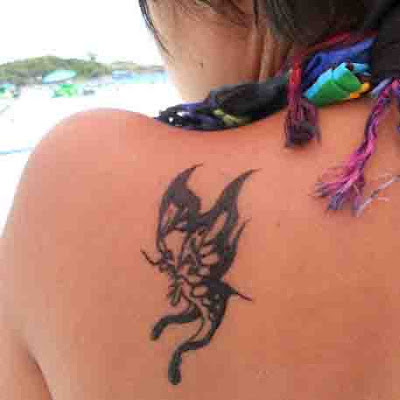 Someone talked the girls into getting henna tattoos while we were there. I have no idea who did that.  :) 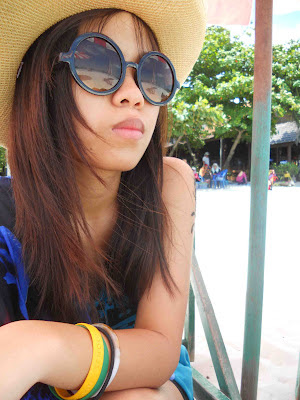 Pukky and her Yoko shades. 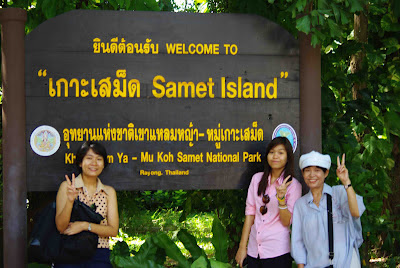 Roong and the girls at the entrance to the Samet Island park, or whatever they call it.
Posted by Don Brand at 4:19 PM 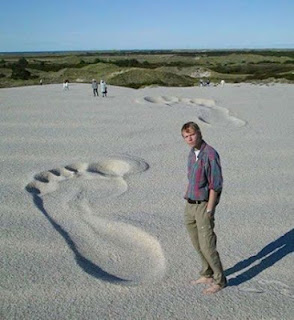 "Looking for Bigfoot". Yep, that's a real show. I have been watching these things since I can remember. Every Sunday, they go out and are sure that they will find proof that Bigfoot, or Nessie, or some other local legendary monster exists. Guess what...they never do. In 50 years of watching these things, not once have any of them ever found anything. Personally, I think these douche bags have a better chance of finding "Nemo", than of chasing up a Sasquatch.

The scientific community has gotten more reliable confirmation information from the "Star Trek" TV show, than from these bozo's. OK, so why do I keep watching them? I guess it's that deep down somewhere maybe I hope that there is a little more to all of this than just what I can see. I don't know why I would need there to be more, but I think that's part of it. The other reason I watch this stuff is that there isn't a baseball game on.

Oh, there was one show that apparently found something. These guys were looking for the "Chupacabra" down in the Southern border states. They actually did find this really bizarre species of long fanged wild dog that may be the explanation behind the Chupacabra myth.

Well, vampire pooches today, Yeti's tomorrow. We will just have to wait and see, won't we?